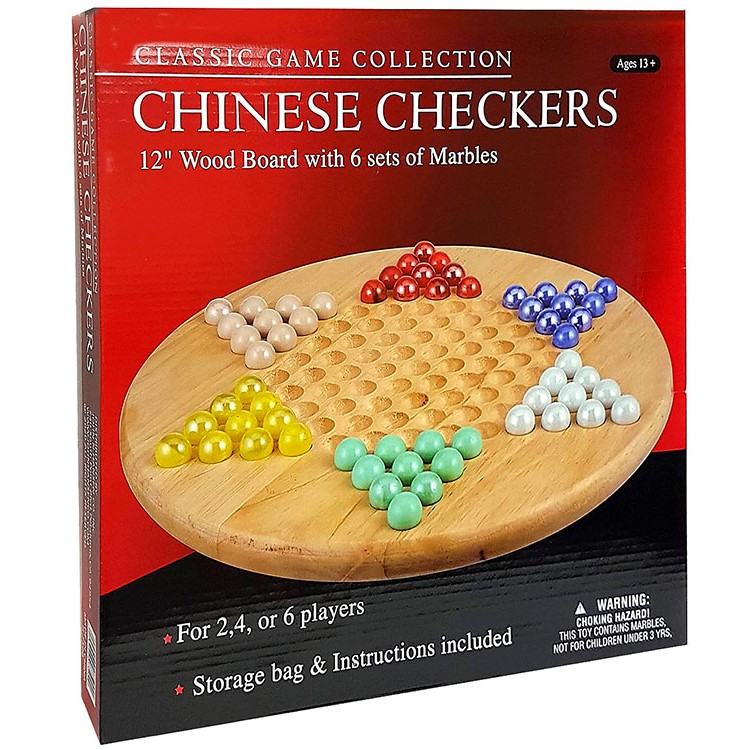 Chinese checkers is a strategy board game of German origin (originally known as Sternhalma) which can be played by two, three, four, or six people, playing individually or with partners.

The objective is to be first to race all of one's pieces across the hexagram-shaped board into "home", the corner of the star opposite one's starting corner, using single-step moves or moves that jump over other pieces.

The rules are simple, so even young children can play.

The set containers a 30cm wooden board, 6 sets of coloured marbles, and instructions.